The Mystery of How the Chicken Club Got Its Name

The chicken club is a sandwich classic. Not only is it super tasty, but it also makes a perfect healthy lunch or dinner option. But have you ever stopped to think about where the chicken club got its name? Does the “club” actually mean something? You might be surprised by the answer.

What is a Chicken Club Sandwich?

A chicken club sandwich is made of cooked chicken with ham or bacon, lettuce, tomato, and mayonnaise between slices of toasted white bread. Modern versions of the chicken club have an additional piece of bread in the middle of the sandwich to separate the different ingredients. This tall sandwich is usually served cut in halves or quarters and held together by cocktail sticks.

The Invention of the Chicken Club Sandwich

The most popular theory says that the chicken club was invented in 1894 at the Saratoga Club House in Saratoga Springs, NY. This small town in Upstate New York is known for its charming downtown and famous horse racing track. The Saratoga Club House claims to have originated the club sandwich, and that “club” is just shorthand for clubhouse. That’s why some people refer to a club sandwich as a clubhouse sandwich. But the origin of the club sandwich is hotly contested.

Some say that the true inventor of the chicken club was the Union Club in New York City. An article in The Evening World newspaper from 1889 references the club sandwich, saying: “Have you tried a Union Club sandwich yet? Two toasted pieces of Graham bread, with a layer of turkey or chicken and ham between them, served warm."

Is the “Club” in Club Sandwich an Acronym?

In 2018, Twitter users popularized the theory that the word “Club” in chicken club sandwich is actually an acronym that stands for Chicken and Lettuce Under Bacon. Unfortunately, this might just be a case of wordsmiths having fun rather than the actual truth.

Today, chefs around the country love putting their own twists on this American classic. Here are some variations that you can try out. 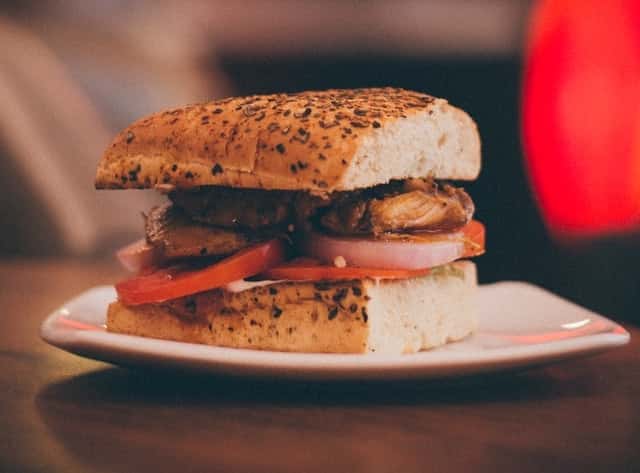 Even if we don’t know where the name for the chicken club truly came from, there’s nothing stopping us from enjoying this delectable sandwich in the name history. Happy eating!